Just recently, the Executive Chairman of Federal Inland Revenue Service (“FIRS”) announced that its revenue generation target for 2019 is N8 Trillion. With this target, we believe that the FIRS will continue with the aggressive tax drive that characterized its activities in 2018. FIRS generated a record breaking N5.3 Trillion 2018 despite fluctuating crude oil prices which averaged $70 per barrel. The FIRS is also more likely to become more creative and issue more regulations in 2019 geared towards increased revenue generation.
Faced with a rising debt profile and dwindling crude oil prices, the Federal Government needed to increase its non-oil revenue in order to finance its budget. This led the FIRS to oversee many tax reforms or regulations in 2018, all geared towards increasing internally generated revenue of the Federal Government. These developments in taxation are unprecedented in Nigerian history.
In this article, we have highlighted some of the significant tax regulations and changes introduced in 2018:

The FIRS released the Income Tax (Country by Country Reporting) Regulations, 2018 (“CbCR Regulations” or the “Regulations”), which marks yet another significant step by the Federal Government in its quest to align the Nigerian tax system with outcomes of ongoing international tax reforms.  Although Nigeria is not a member of the Organisation for Economic Cooperation and Development (“OECD”), it has, nevertheless, been taking steps to adopt and implement the initiatives emanating from the OECD Base Erosion and Profit-shifting (“BEPS”) program.  It is in line with its commitment towards implementing the OECD BEPS framework that Nigeria signed the Multilateral Competent Authority Agreement for the Automatic Exchange of Country-byCountry Reports (“CbC MCAA”) on 27 January 2016, and released the CbCR Regulations. Whilst the Regulations were issued in June 2018 they were given retroactive effect from 1st January 2018. The CbCR Regulations apply only to Multi-National Enterprises (“MNE”) Groups that meet certain criteria. The CbCR Regulations have the laudable aim of extracting more transparent information on the economic and fiscal activities of MNE Groups, which will enable tax authorities to better assess and combat tax evasion and avoidance risks. However, there are growing concerns that the Regulations may significantly increase the compliance burden of taxpayers and thereby make the whole compliance process a cumbersome task.

The FIRS released new Transfer Pricing (“TP”) Regulations with an effective date of 12 March 2018. The TP Regulations incorporate some of the 2017 updates to the OECD’s TP Guidelines and some provisions contained in the African Tax Administration Forum’s (ATAF) suggested approach to drafting TP legislation. The Regulations also introduced administrative penalties for a wide range of offences. In addition to giving effect to the relevant provisions of the Companies Income Tax Act (“CITA”), Petroleum Profits Tax Act (“PPTA”) and Personal Income Tax Act (“PITA”), the new Regulations have expanded this list to include the Capital Gains Tax Act and the Value Added Tax Act. Another significant change in the new TP Regulations is the replacement of the concept of “connected taxable persons” with “connected persons”, now broadly defined to include persons considered to be related or associated under the United Nations and OECD model tax conventions and TP Guidelines. The Regulations apply to foreign and domestic related party transactions. Taxpayers need to pay a lot more attention to their TP affairs and should evaluate how the new Regulations will impact them. With the new Regulations, taxpayers who are behind on compliance must take steps to quickly address all noncompliance. In addition, taxpayers must ensure that going forward, they are able to comply as and when due.

Whilst this was a 2017 initiative, we have included it because the timeline for voluntary declaration was extended to June 2018. VAIDS was an initiative designed by the Federal Government to encourage tax defaulters to voluntarily disclose their previously undisclosed income and to pay all outstanding taxes in exchange for immunity from prosecution. The main objective of VAIDS was to increase the number of taxpayers in the tax net and raise more revenue for the government. Specifically, it was expected to increase Nigeria’s tax to GDP ratio from the current 6% (at the time of the introduction of VAIDS) to between 10% and 15%, broaden the national tax base, curb tax evasion and discourage illicit financial flows. The FG found this measure expedient to change the country’s tax narrative. According to an IMF survey, it is difficult for any country to achieve sustainable development with a tax to GDP ratio under 15%. Tax is however not a stand-alone issue, other measures need to be put in place to compliment the Scheme including a comprehensive tax law reform, simplification of tax compliance, transparent reporting of tax revenue and utilisation.

The Nigerian Government’s drive to boost non-oil revenue is clearly evident with intensified tax audits, increase in treaty networks, promulgation of new TP Regulations and the launch of tax amnesty schemes. While the recently concluded VAIDS was applauded by various stakeholders, the newly introduced Voluntary Offshore Assets Regularisation Scheme (VOARS) has not received similar commendation. The VOARS, which was introduced by Presidential Executive Order 8 (VOARS Order) on 8 October 2018 seeks to provide an incentive for taxpayers who have defaulted in the payment of taxes in respect of their offshore assets and foreign-sourced income to voluntarily declare their offshore assets and regularize their tax affairs. The VOARS Order has generated varied reactions as many stakeholders are unclear on how it will be implemented. In essence, the Order mandates Nigerian taxpayers who hold offshore assets and incomes to, within a period of 12 months, voluntarily declare those assets and pay taxes on them. VOARS provides a platform for taxpayers who have defaulted in the payment of their taxes, to voluntarily declare all offshore assets and foreign-sourced income relating to the preceding 30 years of assessment and pay a one-time levy of 35% on all offshore assets in lieu of payment of outstanding taxes amongst other benefits. The Scheme is scheduled to run for a 12-month period commencing 8 October 2018. The Scheme seeks to provide some form of clemency to taxpayers who would take the opportunity to regularize their tax affairs. The benefits being offered by the VOARS are:

Any defaulting taxpayer who fails to take advantage of the Scheme will be liable to the tax due, the interest on the same, investigation, charges and enforcement procedures in respect to offshore assets held anywhere in the world.

5. The Guidelines on Voluntary Contribution Under the Contributory Pension Scheme

The FIRS notified the general public through a circular that it had started the issuance of VAT certificates to all new and existing registered taxpayers for VAT purposes. Through the circular, the FIRS directed all VAT agents to display their VAT certificates at their business premises. It is instructive to point out that the VAT Act itself does not make any provision for the display of a certificate at the business premises. The question that bothers the mind is whether the FIRS can by a circular add to or reduce the requirements provided under the Act. Is the circular a subsidiary legislation? Does it have the same effect as the VAT Act? This becomes critical when one considers the position of the law as regards the status of a subsidiary legislation vis-à-vis the principal legislation.

7. Appointment of Banks as Agents for the Collection of Outstanding Taxes

This is the most controversial action taken by the FIRS in 2018. The FIRS and some State Internal Revenue Services issued letters to Nigerian Banks appointing them as agents for the collection of taxes from alleged tax defaulters. In the said appointment letters, the FIRS instructed the banks to: (a) set aside the amounts purportedly due as tax from the bank accounts of alleged defaulting taxpayers; (b) remit the same to the accounts of the relevant tax authorities and (c) inform the relevant tax authorities of any transactions on the tax defaulter’s account and obtain the approval prior to execution of such transaction. According to the FIRS, this letter was issued pursuant to the provisions of Section 31 of the Federal Inland Revenue Service (Establishment) Act, Section 49 of the Companies Income Tax Act and Section 50 of the Personal Income Tax Act. This action, we opine, erodes the banker-customer confidentiality agreement. More so, it is a flagrant breach of the taxpayer’s right to a fair hearing as it presumes the guilt of the taxpayer without following the due process.

This Order sought to provide clarity on the applicability of VAT to operators in the Nigerian Electricity Supply Industry (NESI). The Order applies to generating companies (Gencos), Transmission Company (TransCo) and Distribution Companies (DisCos). The Order equally applies to Nigeria Bulk Electricity Trading Plc (NBET). The Order is intended to provide the legal basis for a single point of VAT collection in the electricity value chain, which is at the point of sale of electricity from DisCos to final consumers. It is noteworthy that the exemptions in the Order are not all-encompassing as they appear inapplicable to the direct sale of electricity by the Independent Power Producers (IPPs) to the DisCos, direct sale of electricity by captive power generators to final consumers, and sale of gas to gas midstream companies who eventually sell to GenCos. This does not appear to be the intention of the Order, considering that it seeks to provide exemption for companies operating within the power value chain. 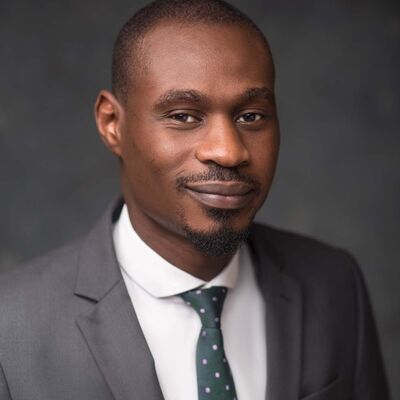